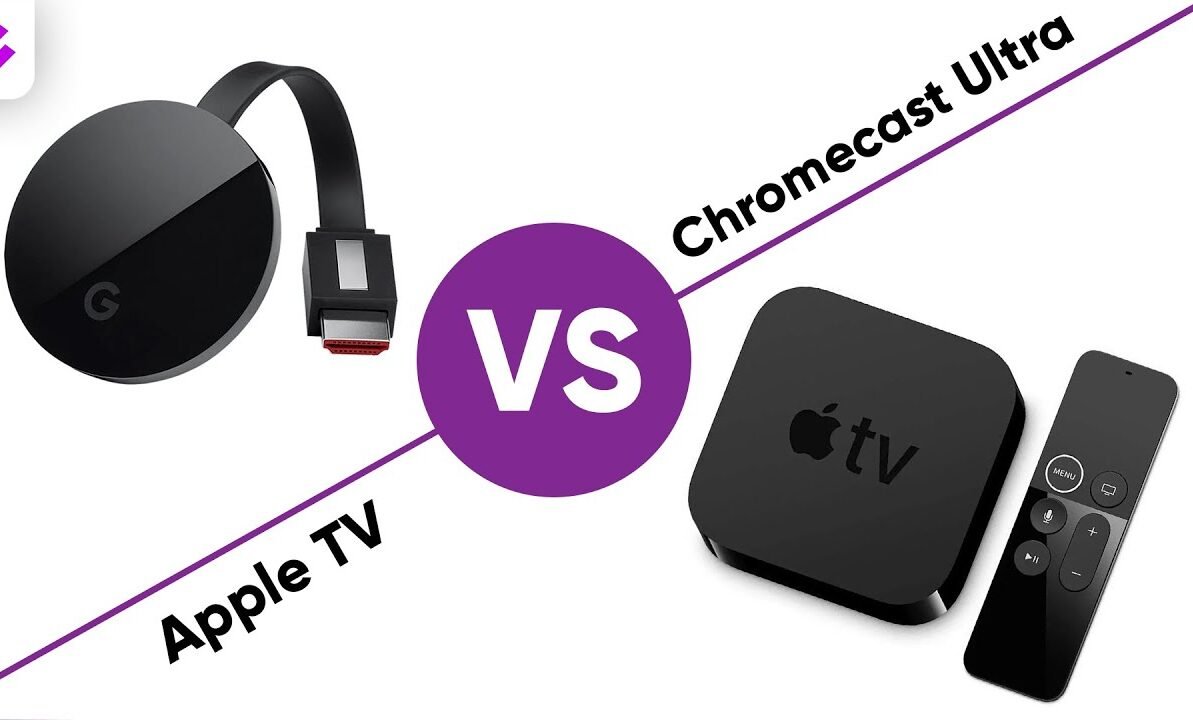 Both Apple and Google, the two tech giants, have found that people have grown tired of conventional television with a set schedule. The change in society is clear: see when and how you want television. That is why we have compared two devices that allow you to connect to television, Chromecast and Apple TV so that you are the owner of what you see. These are the advantages and disadvantages of each of them:

Google’s flagship product. Chromecast is a box that you install directly on your television. It allows you to play video from your smartphone, laptop or tablet. As seen in the image, it is a straightforward product, but it does not allow you to install applications or control the content with remote control. However, there are many applications compatible with Chromecast on mobile, and it allows you to control everything directly from your mobile, laptop or tablet. The price of the Chromecast is quite affordable, around $ 49.99. If you want to have something of a higher level, there is Chromecast Ultra, a slightly more advanced product that allows you to play movies in ultra high resolution, up to 4K UHD (however, the price of the Chromecast Ultra is approximately $ 95).

Today many people have a computer or a mobile that connects it to television to watch Netflix, on-demand television programs or videos on YouTube, Chromecast can be a good and cheap alternative to enjoy this entertainment. If you want to know how to configure Chromecast, you can reserve a Buddy that will help you with everything you need.

– Works with all operating systems

Apple has managed to present up to four different versions of its popular Apple TV, a product somewhat more advanced than the Chromecast. It does not depend on other technological devices in the same way. Apple TV has many applications installed like Netflix, HBO Nordic, Vimeo, Youtube, etc. This means that you can watch most of it directly on your Apple TV, without connecting another device.

If you cannot find the pre-installed application you want, it is possible to play videos from your mobile device through Airplay. Airplay works (surprise!) Better with an iPhone, iPad or Mac, but it can also be used on a Windows device. However, the result is not always the best.

Apple TV also comes with a small remote that has been updated in the latest version. Like all Apple products, this one has an elegant and practical design, with a touchpad that you use to scroll and choose between all the movies, but also to rewind or fast forward. There are also traditional buttons to play, pause, and it is also possible to start and turn off the TV, in addition to raising and lowering the volume.

What you could argue against buying an Apple TV would be the price. There are two different versions: 32 GB at the cost of $ 189, and 64 GB at the cost of $ 259. What is best for you depends entirely on what you think you should do. If you want to watch movies and maybe download some additional application, the 32GB will give you an excellent service. If you want to know how Apple TV works, you can reserve a Buddy that will help you with everything you need.

What to choose Apple TV or Chromecast?

It will depend mainly on the use that you are going to give the product and, of course, how much you are willing to pay. Do you want to have everything on your television? Apple TV is the best option. If instead, you don’t mind using your mobile, laptop or tablet to play, Chromecast is a good and cheap alternative.